Coming "Home" To The Heart with Bobby Jo Valentine 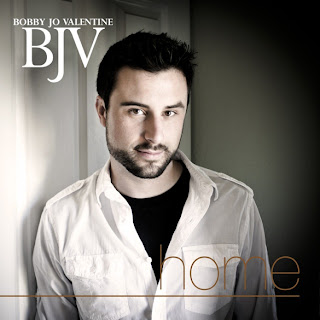 Throughout history, the world has been a scary place filled with war, anger and bad political leaders wrecking havoc on the populations. Indeed, the world is still this way and probably always will be until the end of linear time as we know it.

We humans carry on despite this particular nastiness, and we often overcome the negativity in the world with our creativity that, luckily, manifests itself out of our general joy of being alive. Music has always been one of those kinds of creative modes that, even amid the most dangerous times in human history, has brought smiles to our faces and peace to our minds.

When an artist not only creates music out of their own particular joy of being human, but their songs reflect that joy, it is even more of a profound experience to those of us listening in. Enter Bobby Jo Valentine, a Northern California native and one of the happiest and amazingly positive songwriters that has popped out of the volcanic chaos of life as we know it.

With the term “happy songs”, one might think “cheesy love songs” or “fluff filled bubblegum pop”, but Bobby Jo brings “true joy” to his songs that are heartfelt and open to interpretation in their meanings and that can encompass all aspects of joyful living and the open hearted love of life around us.

Growing up along the coastal plains of California, the 26-year-old Baptist-raised songwriter had music spoon fed into his heart from when he was a small boy, “Our family sang hymns in our down-home Baptist Church (in the middle of Northern California, of all places) ever since I was yea inches long. I grew up on organ and piano music - older music - all of my life, but picked up a guitar for the first time in college”, states Bobby Jo. “Even though I was completely unfamiliar with ‘secular music’ (music outside of church), I fell in love with the romantic sound of the guitar and started writing my own songs at 22. I’ve never looked back.”

The music of Bobby Jo Valentine embraces the humble spirit of humanity. Whether it be just him as lone acoustic guitar-strummer or ukelele-slinger or him acting as the front-man of a band of players that fills out the music with deeper heart, Bobby Jo uses love, life struggles, finding hope and believing in something bigger in a way that goes above and beyond religious ideals. His songs encompass the idea of deeper spirituality through love and kindness, compassion and hope.

“I have a very, very deep faith that's gone through a lot of stress and turmoil and come out better for it. I'd say that it breathes a lot of hope into my songs, although I'm far from a preacher and would rather sing about universal truths that bind us. I think religious beliefs have a capacity to separate us, and that's not my calling as a musical artist. I want to bring people together with my music, and my faith is what keeps my songs hopeful.”

Since picking up that fateful guitar a few years ago, Bobby Jo has been working hard to get his music heard. Playing gigs, touring and recording albums have kept him busy for the last few years. He is humble when it comes to playing his music, and creating an intimate world were the listener makes a strong connection to the musician-storyteller is more important than being loud and crazy.

“I think playing gigs smartly and believing in your personal worth is the best way to create success. Don’t ever overcharge for a gig. Even with the smallest gigs, know your environment so that you’re never playing a public show in vain. This starts with believing in yourself – that happened to me after I did a 36-concert tour in 32 days, doing house concerts (for free) all along the California coast. It was an eye-opening, very validating experience. I was so terrified and then I realized that people were actually connecting with what I was singing and writing. It was amazing. “

With two prior albums, A Place To Belong (2011) and (in the same year) Fly (2011), multiple songwriting awards, a song featured in a Ford commercial and accolades from the press and his fans, Bobby Jo Valentine presents to the world a new album “Home”, filled with tunes the speak of his ever-present joy of living.

In Home, from the first track of “Real Love” to the last fading notes of “Save What You Can”, we are filled with the vibrancy and aliveness of music than allows us to have hope. There is a subtly to Home that is both sweet and hard-hitting. Gently taking us into his world, his ideas and his imagery, Bobby Jo’s tender vocals flow beautifully with catchy lyrics that beg for a sing-along. A few of my favorite and noteworthy songs are the catchy “Hand To Hold” and the title track “Home”.

Upon first listen, one might be reminded of the music of Jack Johnson in the sense that both men use simple instrumentation, positivity and a “down home” folksy-vibe of intimacy with their music, but upon consecutive listens, you will discover that both men are very different in many ways. “I think Jack Johnson and I, although we have different styles, share a similar belief – that there needs to be a bit more love in the world. There’s a place for sad songs – there are a few heavy ones in my album, even – but what the world needs most is hope. I drench my songs in hope. It’s what I live on,” says Bobby Jo of his music. “The melodies and lyrics almost always come at the exact same time for me – almost like I’m more of an archeologist unearthing buried treasure than I am a songwriter. It’s a very surreal and humbling experience – I love what I do!”

Spanning 4 months for creation, Home was recorded at Old School Studios in Modesto, Ca, which has seen the likes and sounds of Sheryl Crow, Rusted Root and Five for Fighting. “Recording the album was great! The high points were the players…legendary…and the low point, as always, is sitting there for the month of mixing and hoping it turned out alright,” says Bobby Jo.

Bobby Jo brought on board some amazing players for his recording of Home. Bass player David Hayes has played with Van Morrison; drummer Dave Tweedie is a force to be reckoned with and Long Beach All Stars alumni Steve Shadle all played their best and added to the depth and feeling of Home.

“We took advantage of some amazing musicians being on the tracks that I don't normally tour with - David Hayes, Dave Tweedie, and some others - but my electric guitarist, Dennis Haneda, plays with me regularly and was a big part of the album. He added the emotional punch on "Home," "Vernal Falls," and a lot of other parts of the tracks,” states Bobby Jo. “The sound engineer, Calvin Turnbull, is the best I’ve ever worked with. Amazing. The mastering guy is Brian Lucey. He’s worked with The Black Keys, The Shins, Sigur Ros, and I was absolutely amazed at his final product.”

Bobby Jo Valentine is real and true with his ideas; honest and heart-filled with his way of being in this world. His music is more of a priority than anything else and his desire to bring forth that music in a way that touches people deeply shines through his songs.

“For me, finding ways to create an audience has always been priority. 200 people barely listening in a bar aren’t worth half as much as 10 people really, really listening to your music in a house somewhere. That’s the most important lesson I’ve learned, I think.”

Bobby Jo Valentine has made his dreams come alive. He has worked hard to achieve everything that has come his way. He has been open to the power of positive manifestation with his work and he has much to show for that.

“I care for ‘fame’ on the level that I really, really want lots of people to hear the messages in my songs. They’ve healed me and helped me in more ways than I can remember, and I hope they do the same for other folks. My ultimate goal is that it helps people the way it’s helped me,” says Bobby Jo. “I’m always amazed that people believe in me, that they find my music worth listening to, worth buying, and worth coming to shows for. I’m just blown away every day. There are ups and downs, and it’s not an easy road, but I wouldn’t trade it for the world. Every time I get to hold a physical copy of a brand new album in my hands, that’s a huge dream come true.” 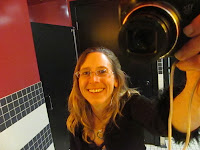