Wrapping Us In Sonic Velvet: Tracy Blackman's "Could I Be" 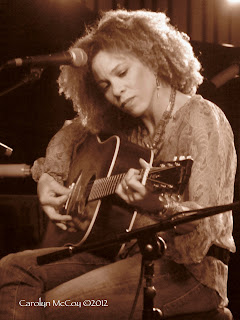 Music is something that wraps us in a velvet cloak of melody and words, surrounding us in its warmth and comfort, the sense of familiarity apparent even on the first experience of something new.

Sometimes a songwriter has the ability to make us hear things that we already know deeply and understand profoundly, even if the music is not like anything else we have ever heard. It takes a songwriter of talent and grace that creates this for us, as she knows and understands our hearts and minds like no one else.

Hailing from Marin County, California, singer & songwriter Tracy Blackman has this ability.  Through both her songwriting and her multi-instrumental musicianship, Tracy’s newest album Could I Be takes us on an aural journey of comfort and familiarity of what we know is inside us all.  Could I Be, takes on themes of love, loss and the spirit of life like many songwriters do, but she does so in a way that rocks and rolls with jazzy/bluesy sass and a truth that is never trite or angled toward “angry girl music”. She shares many intimate aspects of herself through stories in the form of songs. 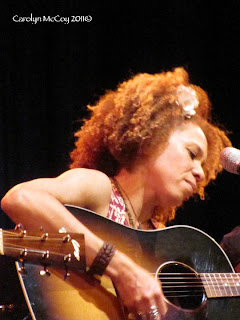 “For me, writing is not a deliberate process. It’s very organic,” says Tracy, of her musical process. “Sometimes I wake up in the middle of the night with an entire song written in my head and I get up and put it down so I won’t forget it. Sometimes it starts with a word or phrase, other times it starts with a melody or a chord progression. And other times I’ll just sit down at the piano or pick up my guitar and start playing. Melodies and words follow and voila! I’ve written a song. There really is no process for me, it just happens. Playing music is like taking a breath. It’s not something that I do consciously. I just do it.”

With the beginning track of “Could I Be”, Tracy’s silken vocals start off her album with simplicity, depth and soul. Jimmy Dillon’s guitar playing instills the emotion of longing and hope while Tracy sings, “Could I be everything to you and your world? Could I love you tonight? Could I be your girl?” 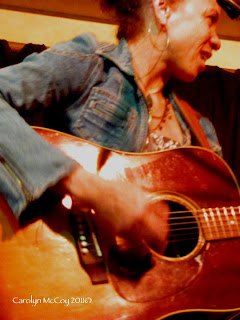 “Found My Way” and “Volume & Speed” tease us with a country-western vibe, where road trips to broken hearts and adventure are the norm. “I Am Love” allows Tracy to show off her funky confidence vocally while sax master Mike Myers weaves through her words, “When darkness falls around you and my love you cannot see, I will take you to the promised land and you’ll never want to leave.”

“I’m In Heaven” reminds us of smoky jazz clubs, with Tracy’s sister Cindy Blackman, drummer for Lenny Kravitz, providing rhythm for a smooth ride, while “I Confess” tells the bluesy story of being human in the light of temptation of the heart. Both songs are swelteringly smooth and showcase the ever-changing vocal stylings Tracy is capable of. 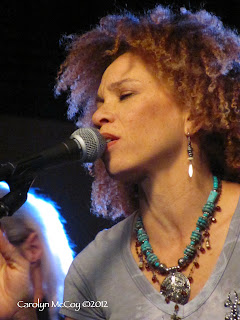 With “Everybody’s Talkin”, the Fred Neil song, Tracy takes on a darker version musically, using minor chords and a slower tempo to give the song a different perception. “I Wish You Well” and “Cold,” both about loss, are beautifully packaged in Ted O'Connell’s heartbreaking guitar licks that deepen emotional images of the lyrics.
Could I Be is Tracy’s 3rd album, and she has learned much about recording and producing her work. Of recording, she says,“I love recording. I love coming up with parts and challenging myself to do things I wouldn’t normally do,” she goes on, “There are huge differences between all three recordings.”

Tracy says of the cross-genre feeling and subject matter of the songs on her disk, “My music has always been all over the place – it’s usually the hardest part of putting an album together for me. I just record the songs I’m really feeling strongly about at the time and go from there. Plus, my influences are all over the map"

“I’m always amazed to hear other interpretations of my songs. It speaks to the power of music that an individual can take a song that was written for a certain purpose and find their own truth within it. It’s that truth that everyone is looking for – esp. when they are unable to express what they’re feeling. I often mask what my true intention is in a song – it’s personal because the songs are usually written for me. I try to make them as universal as possible without revealing what I’m really writing about. It’s wonderful to know that others are touched by something I’ve written, esp. when it’s something that is very personal to me.” 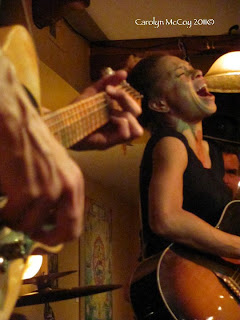 Come Take My Hand (1996) was Tracy’s
debut album “That one was about making money, the learning process of recording, and an urgent “now or never” need to put something out.”

Her second album, which has yet to be released, titled It Is What It Is (2005), “was about freedom for me. I was at a point in my life when I had all the time in the world. I lived for that recording,” she reminisces. “I learned a lot about recording with the first album and made some mistakes that I tried to learn from the second time around. I did most of the engineering on the recording and ended up doing all of the guitar work on It Is What It Is. As a result of some life circumstances I ended up not releasing it, although I hope to do so later this year. Performance-wise, that recording is much more representative of what I do in a live setting.” 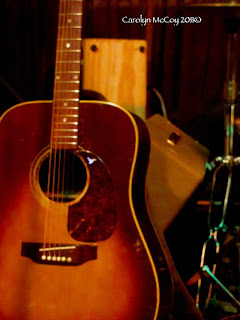 “My first record is not as perfect as
I would have liked and to this day I find it hard to listen to it without being critical. On the second disc I had the luxury of time and discipline. I knew what I wanted to hear and worked at it until I got it right.”

Friend and producer Don Zimmer, who played on most of her new tracks, was instrumental in getting things rolling for Could I Be. “One day Don asked if I had written any new songs. When I said yes, he said we should record them. We had a lot of fun and decided to get together once a week and write or record or just play. Don’s feeling was that even if it was only once a week we were still doing something musical. After about 6 or 7 months we realized we had enough material for an album and then started thinking about how to put it all together and make it cohesive.” 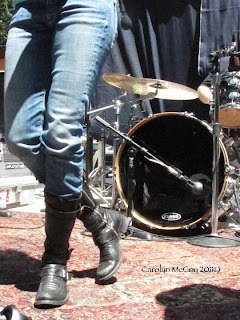 Featuring several high-caliber players on her disc, such as Jimmy Dillon on guitar, Ted O’Connell on guitar & bass, Mike Myers on sax, sister Cindy Blackman on drums and Don Zimmer playing everything from keyboards to bass to guitars and drum loops as well as producing all the tracks, the album is musically off-the-charts-amazing and the layers of sonic genius will astound the listener.  And lets not forget that Tracy herself is on bass, guitar, vocals and piano.

“I love guitars and I am really fortunate to have such wonderful friends that know their way around a fret board. But they don’t just pick up the guitar and start thrashing away. Each one of them listens to the song and gives it the emotion necessary to convey my ideas and feelings. They all gave me a piece of themselves for my songs and I’ll be forever grateful. In fact, I wrote them all a song. The song Found My Way was written for all my guitar boys: Don, Ted, Jimmy and Danny Click, (with whom she now sings in his band Danny Click and The Hell Yeahs). I love them all so much and am so touched by the way they play and the way in which they support me with their playing. They always steal my heart with every note.” 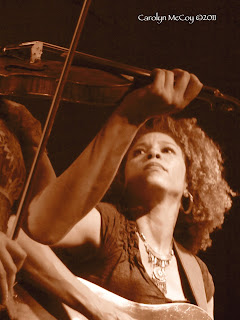 With Could I Be, Tracy just wanted to make music for herself, “Could I Be is about time for ME. I’m just doing what I love to do. If people in the music industry notice that, then that’s just fine. If not, I don’t really care at this point in my life. Music is an integral part of my life and it is something I will always do. I don’t have to be performing on a stage to be a musician. All I have to do is to be myself. It’s funny, when I try to get people’s attention no one notices me. But when I just sit back and just do what I’ve got to do people connect with that.”

“A long time ago I really wanted to “make it” in the music business. But I realized that the price that I would have to pay to “make it” wasn’t something I was willing to pay. Once, I decided to give up being a musician a couple of years after my first CD came out. My mother told me to be true to myself, to always keep my music for me. It belongs to me, something I choose to share with the world. This is what feeds my soul and that brings me joy” 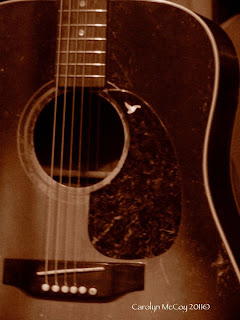 Could I Be is available as a digital download at:
www.floatingrecords.com

Mega-Mega Thanks to Dan Rauck, my favorite editor, for making my words prettier than a sunset on Jupiter... 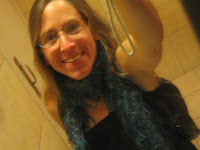