Diary Of A Groupie: The First Musician

In my last day’s of college before flunking out, I took the liberty of practicing what is commonly called a “California Stop”, that's where you don't stop but only slow down at a stop sign. I got a traffic ticket, not surprising. I blame myself and only myself. My displeased parents gave me 2 options: I could either have higher insurance rates or they would send me to traffic school, my choice. So one fabulous, early-summer weekend, I spent 8 hours holed up in a local community center to pay my debt to society.

But with that seemingly sad fate of a restless young woman, I found my destiny. I guess I have to thank “The Lettuce Amuse You Laugh and Learn Traffic School” for setting me up with my very first-ever date with a musician, he was 38, I was 19, hence setting me up for a life-long love affair with dating, romancing and surrounding myself with musicians.

I first noticed this super-cute blue-eyed & blond Music Man smiling at me when I got the fabulous opportunity to play Vanna White in the "Wheel of Traffic" game we played in order to make us all the wiser of the California State driving laws. He invited me to lunch and I found out he played bass, guitar & drums and was a session player for the likes of Carlos Santana, Chris Isaak & Joe Satriani as well as performing in many bands he formed himself. I forgot what his traffic violation was but I guess that doesn’t matter. 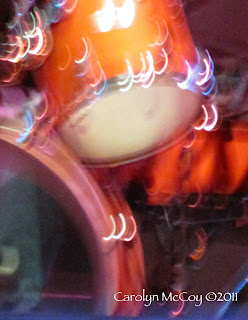 I had a boyfriend at the time but I thought nothing about the implications of cheating, for I was thoroughly smitten once I found out he had recorded on some of the most amazing rock albums of the 70’s and 80’s. I didn’t really understand the Groupie Phenomenon back then, but something in my heart KNEW this was a big opportunity, he was an honest to goodness rocker and I wanted to play his game.

We talked on the phone for a few days, getting into some great conversations about his life as a musician. The thrill of the stage, the piles of cocaine, the addictions, the groupies, the hard life that the road truly represents. It was all so completely foreign to a little, naïve girl such as myself, but I was hooked on his stories and the idea of the Desperate & Tumultuous Music Romance I wanted with him that played in my head. 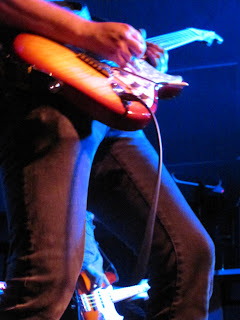 Alas, I didn’t get the desperate romance as I had hoped, for after a few dates and phone calls, a few make-out sessions on his couch (and a decline from me to go further) I knew this man was not for me. I didn’t know what I wanted, I still had a boyfriend and the age difference freaked me out a bit. I wasn’t ready for this yet, but it planted the seed for the latent Groupie-ness that would soon spring forth from this budding young lady.

But I do remember that after meeting him, even though it was a short-lived romance, I changed incredibly. After hearing his stories & sharing my passion for music with him, I opened. With talking deeply with him about how music can be so ingrained in us it becomes an obsession to contain it or let it explode in us, I began to hear things differently.

I started to listen to recordings he played on, old and new records where he may have been on only one or two tracks. I started to pick apart the music and challenge myself to hear beyond the notes and riffs. I started to listen to a song over and over trying to piece together all the different parts and how they all fit together to make THIS SONG that sounded like no other song ever played, heard or recorded.

My world blew apart after meeting this man. My understanding of music was hugely enlightened because of his influence, and all he really did was make me Rice-A-Roni and tell me I was good kisser. 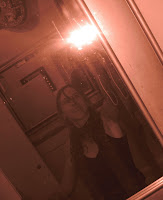