A Note On Peace Through Music: Luvplanet 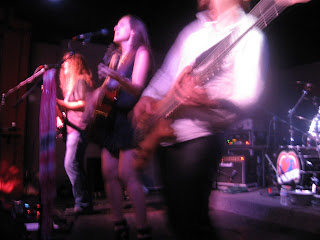 Nestled into the golden hills of
Northern California, in the quaint Sonoma County town of Penngrove there dwells a band that is inspired by the truth of music and the heart-opening power of creation.  Through a collaboration of spirit and sound comes the band Luvplanet.
Luvplanet takes the concept of positivity and whips it into music.  That music, which consists of a dash of folk, a pinch of jam-band and a heaping serving of rock not only uplifts our souls but also allows us to thoroughly enjoy a veritable festival of hard rocking joy.
When one ponders bands that are all about peace, love and all-that-hippie-stuff, one may become judgmental and begin to think that band is just a bunch of wacked-out softies playing acoustic guitar in some field of daisies. That is certainly not the case with Luvplanet.  Luvplanet proves that one can rock hard and be open hearted with the world all at the same time. 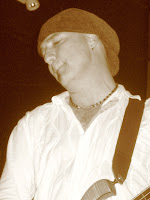 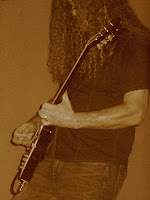 In 2003, songstress Nicole Sutton and Allman Brother’s guitarist Mark McGee formed Luvplanet with fellow Musical Travelers bassist Tommy Sisco and Drummer Scott McKenzie with the creation of their self titled debut CD, Luvplanet. With this wonderful first disk Nicole Sutton and Mark McGee’s songwriting magic and vocal harmonies are showcased as well as Marks’s free-for-all guitar style. “My favorite thing about playing in Luvplanet is that I have complete musical freedom.”  States mark McGee, “Variety is the spice of life, especially with music.”
With 2 subsequent disks under their guitar straps, State of Mind (2005) and Lucky One (2008), the music never seemed to stop for Luvplanet and the band became more and more solid in its live performances, musical connections between each member of the band as well as their over all professionalism.

“Playing in Luvplanet consists of 4 individuals looking together in the same direction. Achieving that with one person is rare enough, but to have that happen with all of us - magical.  Nicole, Mark and Scott are my musical everything!”  States the Zen bassist Tommy Sisco.
The band takes it’s postivity seriously, often smiling and laughing while singing songs about relationships gone good, deep friendships and being at peace in this tumultuous world all without sounding soppy, contrived or wimpy. Powerhouse vocalist Nicole Sutton uses her songwriting skills to manufacture dreams of a reality based on one’s truth and an open heart while communicating a trust in herself that shows her confidence as a strong front woman. 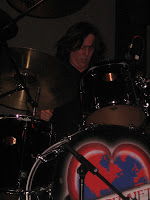 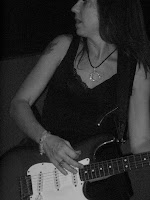 “Music saves my soul.” Says the super cool beauty that is Nicole Sutton. “It reflects our society and our world and the collective conscience, just as all art does, and it helps us process what we are experiencing here and now so that we may continue to grow.” Nicole states that her true course with Luvplanet is “being able to bring life to songs and share them with others”
With the 2010 release of their 4th CD, Luvolution  Luvplanet will continue to support the Positive Bent In Life through hard driving, guitar-based music. Sharing the love via your sound is a good way to go with your band. “Music is that which gives my soul life. It moves it, grooves it, spins it all around and it's my goal in life to share that with as many people as possible,” is how Tommy Sisco lays it down.  States Mark McGee of Music and Luvplanet, “It's medicine. It's like a drug and I am addicted.”
All Photos of Luvplanet by MOONMAMA!
and Moonmama kicks up her boots to y'all! 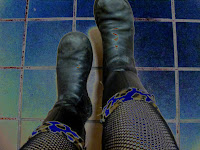