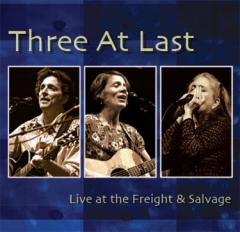 A long time ago, back in the day, there were simply acoustic instruments. Although complicated in structure, there was a deep simplicity in which they could be played without the use of amps or microphones, plugs or electricity. Some of the genres that came from this simplicity were called Traditional Folk, Americana or Bluegrass.

In the 1960’s, various venues started to crop up around the nation that would hold strong these ideals of simplicity in music. The Freight & Salvage Coffeehouse in Berkeley, California is one of those venues that have been around since the inception of the War Cries and Peace Protests of the tumultuous late 60’s. Such high-profile acts such as Asleep at The Wheel, David Grisman, Utah Phillips and Country Joe & The Fish have all graced the stage at the Freight & Salvage’s various locations over the last 40 some-odd years, so to be able to play on such a historical stage is nothing to scoff at.

In January of 2010, Marin/Sonoma County folk band Three At Last played a coveted gig at this newly modernized venue. Three At Last, Velvy Appleton, Ginger Parish and Anita Sandwina, all contribute to the beauty and creation of the Three At Last sound. Blending soaring harmonies and musicianship that bespeak of traveling minstrels of days of yore, Three At Last play mostly original folk compositions that they all write, as well as a few traditional American Folk songs that can only make us think of foggy Appalachian towns and musical jams on the back porch with fireflies giving us a light show.

With a combined resume of musical skill, Three At Last is not a “boring folk band”. Each member brings their own vocal and songwriting skills to the band and the instrumentation can include djembe, six-string, bass, mandolin, harmonica & recorder. All of this from only three people. The band decided to make a live recording of their Freight & Salvage gig in order to showcase the true sound and intimate vibe of their live shows. “Three At Last-Live At The Freight & Salvage” was the gift that they created in order for us listeners to understand the true essence of straightforward, traditional Americana Folk. “We were absolutely THRILLED and flattered to play The Freight in January. That, along with playing the Kate Wolf Festival last year gave us some real folk-cred, a true stamp of approval from the acoustic Mecca’s.” States Velvy Appleton, guitarist, vocalist and lone-male for Three At Last. “And, being there was awesome. I mean, I got goose bumps just doing the sound check! So many of our shows are in small, under-funded venues where we struggle with poor sound equipment, or inattentive sound engineers, or plain old bad acoustics in the room. Playing the Freight is like performing in a cathedral. Its like a religious experience of sound.” Pulling songs from their studio release like “We Autumn Leaves” & “Waiting” as well as many unrecorded songs, “Three At Last-Live At The Freight & Salvage” is a breath of fresh mountain air in it’s richness and depth of sound. Three At Last weaves together tight harmonies and lyrics about anything from deep nature, relationships and family to social commentary on The Now.  “We made our studio album (self-titled “Three At Last”) having only been together for 3 months. With that album, we wanted to show that we were serious, and that we had songs and musicianship that were real. But, honestly, it was so early in our development that we really hadn't honed in on "what we sound like" yet.” Says Velvy Appleton of their readiness for something live. “The Freight CD is a fantastic representation of what we REALLY sound like, at our very best, in the best setting and really on top of the material. It’s honest, direct and real. We're very proud of it. We're going back into the studio in November to make another studio album. We have a ton of great new material, and we are going to do a real band-style album.”

“Three At Last-Live At The Freight & Salvage” is now part of the deep history that The Freight & Salvage Coffeehouse has created in the Berkeley California Music Scene. Velvy Appleton and Three AT Last felt that honor in a big way. “The Freight has an INCREDIBLE legacy of hosting the A-list of acoustic music. It’s kind of like The Fillmore of Folk and we are so psyched to now be part of that legacy.” 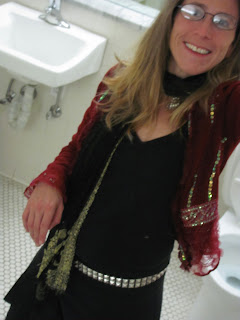