Diary Of A Groupie: My Les Paul Tribute 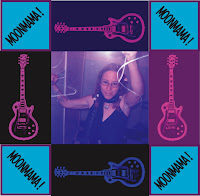 I will be honest right off the bat, I have never been a Groupie to Les Paul, but I feel that I knew him intimately and deeply because of his invention of the Hard Bodied Electric Guitar. That man changed my world and I never even got the opportunity to meet him or see him play live, but I have been a lover a million-and-one times to the Ingenious Guitars that he made famous among the Shredding Elite of the music world for 70 years.
Ah, Les, I bow down to you and your Electric Guitar! Thank you so much for this great gift to Musicians everywhere! The squeals, the shrieks, the yelps and the howls that came out of your invention were like nothing the world had ever heard before. You made an innocent and simple wood and stringed instrument into something of a deeply sensual and excitable lady that loved to be rocked hard and played harder. Gone were the days of simple strumming of a quiet six-string and enter into the days of loud, amplified and exquisite SHRED!
As a young girl, the power and energy of the Electric Guitar came into my realm via Peter Frampton, Led Zeppelin and Lynyrd Skynyrd while playing with my romper-stompers in the basement while my brother played his records. Later, as my Music Awareness broadened and I opened my ears more, the Electric Guitar played well into my emotive teen years with the sweeping and cascading moans and squeals of Prince and the straight-road hard-rock driving of Def Leppard.
Now, as a woman of some years, I still hold the Electric Guitar as my primary Love Interest as it expresses emotion and feeling in the most precious and profound way to me. As George Harrison explains beautifully, "While my guitar gently weeps..."
Les Paul, your passing a few years back made my heart weep, but your Life Force will continue to live on the magic fingers of James Hetfield, Neil Young, Paul McCartney and my Favorite Shredder Of All Shredders, Buckethead. Your legacy will continue to Rock and Roll forever and always!
SIDE NOTE: I so love a man with MacGyver Qualities*, someone who can make something amazing out of nothing amazing, and Les Paul’s MacGyver Qualities were through the roof! I love a man who can make an amplifier (which had not been in existence as of yet in that early acoustic world) out of a radio speaker, a telephone, a cinder block and a broom. Yeah, he did that…fricking genius!
*MacGyver Qualities: From the 80’s TV show “MacGyver”, in which the main character was so innovative that he could make a parachute out of latex gloves, dental floss and a Bic Pen.
Thanks to Live Painter for the extra visual. You rock dude!
http://www.nealbarbosa.com
Posted by Moonmama at 5:37 PM